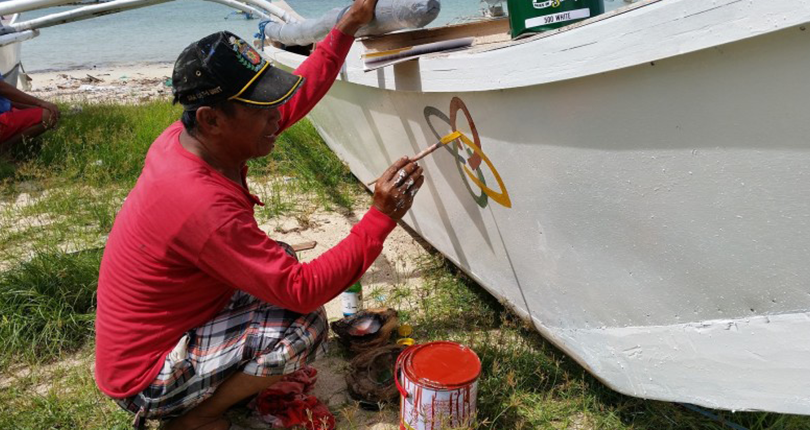 Two years after typhoon Yolanda (Haiyan) in November 2013, the relief and recovery efforts of Peace and Equity Foundation (PEF) has had significant impact in the communities that were given solar powered systems. PEF brought and provided much needed light and ventilation to birthing clinics and rural health units, community health centers in three municipalities namely: Carles, Estancia and barangay Malangabang, Concepcion.

“Because there was no power that time, ang solar powered facilities sa mga health centers naka bulig ug dako sa pagpa-tigayon sang safe delivery sa mga pregnant women and sa pag perform sa mga medical and health services and surgeries. No other NGOs were able to that in the Yolanda areas, we were very way ahead in the most relevant services,” said Emmanuel Areno, executive director of Iloilo Caucus of Development – NGO (iCode).

In the distant island of Barangay Malangabang, Concepcion, Northern Iloilo, solar lamps light up each night, the new normal for the island’s residents. Accessible only by motorboats and almost an hour from the mainland Concepcion town, residents rely only on the diesel-powered generator and kerosene lamps.

Help came when PEF provided a solar power system to the barangay’s health center. Today, it continues to illuminate key areas of the barangay at night.

“Ang solar lamp nagahatag sang kasanag sa paglakat namin sa kagabhi-on para hindi kami mahadluk sa paglakat kung diin man kami kag adto.” said 12-year-old Angelie Camille Pasigna, a 12-year-old student in Barangay Malangabang. With their school totally wiped-out after typhoon Yolanda, Angelie and her classmates were left with no other choice but to stop schooling. It was difficult to study, cook and work back then, she said. Now, she can study her lessons after the sun sets.

A PEF partner since 2002, iCODE-NGO is a network of NGOs based in Iloilo province and has been helping communities and implementing projects since 1994.

“The solar panel that they have provided our birthing clinic in the municipality of Concepcion has been a big help since we have been affected by typhoon Yolanda and every now and then we experience brownouts so we really appreciate that we have the solar panel to run our refrigerator so we could maintain the cold-chain management of our vaccines,” said Dr. Helen Minguez, municipal health officer of Concepcion town, northern Iloilo.