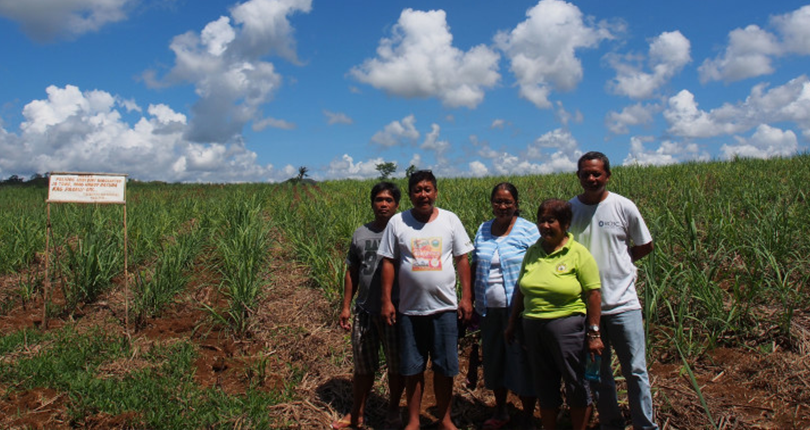 Travellers across the province of Negros Occidental see hectares upon hectares of land planted to sugarcane. After all, the province is the Philippines’ top sugar producer, contributing more than half of the country’s total sugarcane production. The industry is dominated by large-scale and commercial producers. But small producers are trying out new schemes to survive the harsh competition. In Negros Occidental, one fresh approach is block farming. This scheme was started in four barangays by Multi Sectoral Alliance for Development–Negros (MUAD-Negros), together with Crossing Ibos Farmers Credit Cooperative, Dancalan Ilog Waterworks and Agro-Industrial Multi-Purpose Cooperative, Sampak Small Farmers Association, and Tabugon Livestock and Poultry Raisers Association. Each farmer-participant enrolled two to three hectares of his or her farmland to the cooperative or association. When the total hectarage has reached 55 hectares, which is equivalent to the size of a small hacienda, a Professionalized and Diversified Sugarcane Block Farming Enterprise is started, i.e., a block farm.

Each block farm has 20 up to 26 farmer-participants. Farmer-participants sign an agreement with the cooperative giving it full authority to co-manage the farmer’s enrolled land for three years, says MUAD executive director Reynic

Alo. The block farm is planted mostly to sugarcane, but a small section is planted to other crops. “For the first year, the design for farm utilization is 90% sugarcane and 10% banana and energy crop for sustainable charcoal production. This is then changed to [a ratio of] 85%-15% in the second and third years,” adds Alo.

The scheme operates as cooperative farming but has features of corporate farming as well. For instance, participating farmers are paid wages but are also considered part-owners of the enterprise, sharing in the enterprise’s risks and rewards. They slowly learn to become agri-entrepreneurs. Block farming is also a means by which small farmers gain experience in managing bigger farms. Farms of three hectares or less are very costly for a single farmer to manage. If a farmer does not have enough capital for the needed inputs, such farms are not very productive and cannot compete with 30-hectare-sized farms with adequate capitalization. Small farm owners also rarely get any bank financing.

“Block farming offers a model of technology development and financing for small planters,” Alo says. A loan extended is sure to be paid, which makes the group of small planters “more bankable.”

For its part, PEF provides production capital for 55 hectares per farmer organization and offers incentives for farmers that will produce the highest tonnage of sugarcane. PEF also funds the business development services provided by MUAD. Also, PEF helps the farmers organization’s technicians to attend training opportunities, e.g., sugarcane farmer training courses by other institutions like the Sugar Industry Foundation Inc.

“One of the scheme’s goals is for farmers to be competitive and resilient, and strong enough to face challenges affecting the sugar industry. One of these challenges is the expected drop in sugar prices when imported sugar floods the local market during the full implementation of the ASEAN Free Trade Agreement starting 2015,” Alo says.

It may be too soon to see the scheme’s impact on farm productivity and farmer incomes, but Alo has already observed certain positive effects. For one, crop performance has improved. When farmers did not have enough funds to buy fertilizers, crop growth was often poor. The standardization of certain processes such as having the right plant population, planting high-yielding varieties, proper nutrient management, and good cultivation also helped ensure higher yields. At the same time, funds are being used more effectively and efficiently and as planned.

Government agencies, such as the Sugar Regulatory Administration, Department of Agriculture, Department of Agrarian Reform, and local government units, support the scheme. The net result has been the professionalization of the management system of the farmers’ organization. According to Alo, these can only “encourage more small planters to adopt the block farming scheme.” 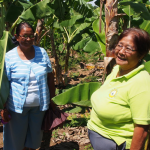 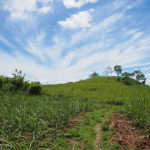 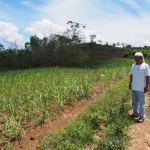 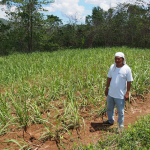 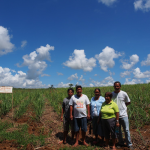 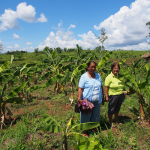 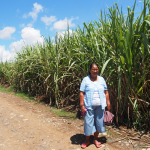 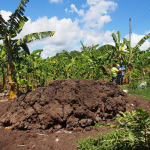 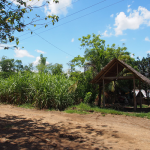 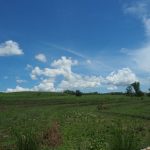 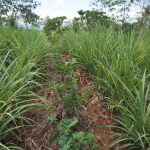