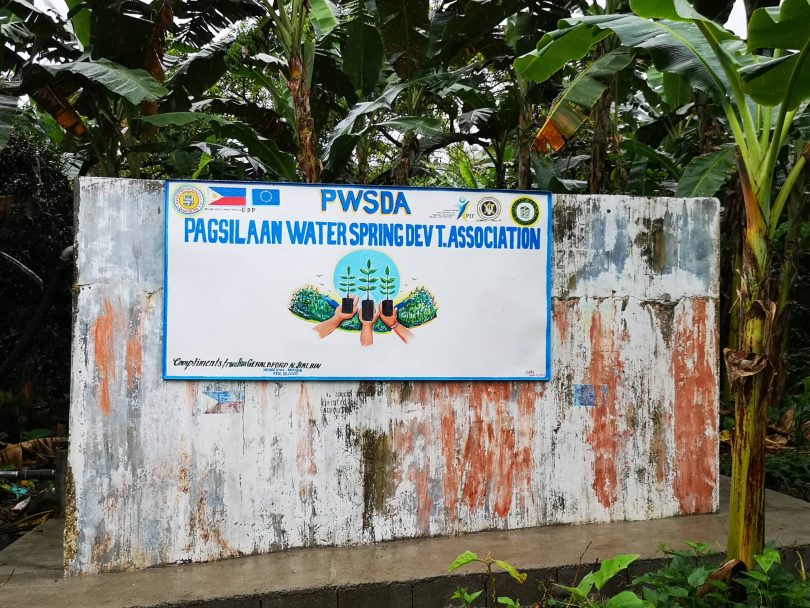 Super Typhoon “Pablo” is one of the strongest typhoons that hit Mindanao in the Southern Philippines in December 2012.

In barangay Andap, New Bataan, Davao de Oro, one of Pablo’s long-term effects was the insufficient supply of water, prompted by settlers moving in from nearby barangays after the onslaught of the typhoon.

According to Glenn Mar Sumagaysay, Grow Lambo Multi-Purpose Cooperative (GLAMPCO) general manager, their provider rations water by only turning on the taps for two hours, usually at night.

This situation prompted GLAMPCO to work with Peace and Equity Foundation (PEF), which has been their partner in assisting coffee and cacao farmers in the province since 1997, in developing a new spring source in the mountains of the municipality. The two organizations, along with Pagsilaan Water System Development Association, installed new pipelines to connect the water source to an existing ground tank. The upgraded water system provided 400 households 24/7 access to water.

In 2019, PEF collaborated with Coca-Cola Foundation Philippines Inc. (CCFPI) for the Scaling Up Program for Social Enterprises on Water Services or Scale Up-Water. This partnership will boost water supply for 4,000 individuals in three project sites in the Philippines.

Sumagaysay said that the partnership with PEF and CCFPI brought hope to their communities.