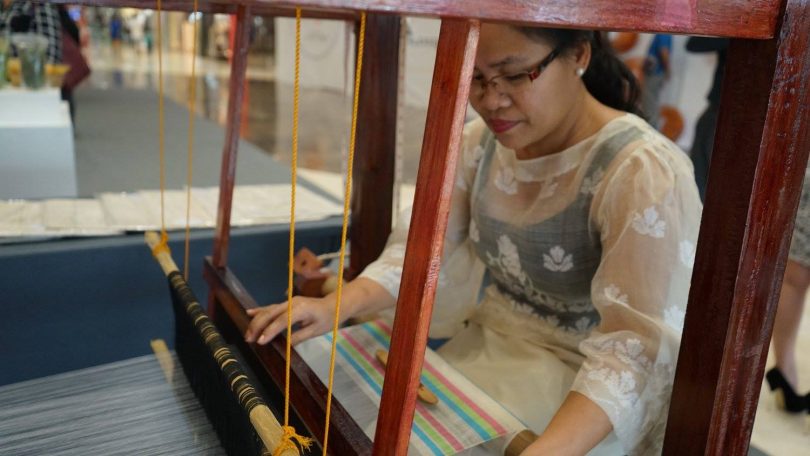 The Philippines has a deep and storied tradition of creating woven products, from clothing and accessories to crafts and furniture. However, demand for handmade products drastically dropped in favor of cheaper machine-produced options.

This poses a threat for places in the country where culture and livelihood revolve around weaving and handicrafts.

One such place is Antique, a province bordering Iloilo and Aklan in Panay Island. With the dream of showcase the unique spirit and artistry of local hand-crafted products hardly found anywhere else, the Antique Development Foundation Incorporated (ADFI) opened up a shop in 2011. With this came the opportunity for more than 800 weavers in municipalities of Pandan, Culasi, and San Jose.

The ADFI launched its Arts and Crafts Program, and began funding and giving technical skills training to these residents of Pandan in Antique. This assistance helped jumpstart livelihood opportunities for members of Pandan’s own Sta. Rosario Multipurpose Cooperative (STORMPC), among others. Specializing in handicrafts made using traditional materials such as bamboo, abaca, buri, and bariw, finished products are then sold as souvenirs in nearby Boracay Island, a popular tourist destination. As a result, members received higher and steadier income, ranging from P 16,000 to P 33,000 per year.

To further develop local enterprises, ADFI entered new markets and expanded the outlets for their homemade crafts. Their woven products were soon displayed on the shelves of SM Kultura, the Filipiniana arm of SM department stores. Following this partnership, ADFI entered an agreement with the Ayala Foundation to further promote the weavers’ unique handmade bags.

Photo Credit: Australia in The Philippines