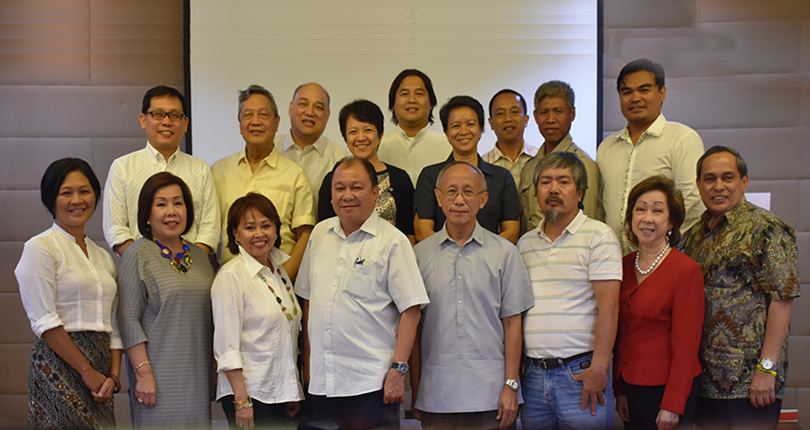 This year’s GA was a good opportunity to reflect on PEF’s 5-year plan (2011-2015) highlighting its contribution to the promotion of SEs in the Phils.

As PEF approached the end of its five-year strategy in 2015, the organization revisited the first enterprises and households included in the baseline survey in 2012. Better product pricing, improved production processes and access to potable water are early signs that the social enterprise generated additional income for workers and suppliers from the community. Newly-acquired skills improved their confidence to new market opportunities. It is encouraging to know that this time, PEF has hit the mark in targeting the right poor households.

Mr. Benjamin Abadiano, PEF chairman, remains positive that PEF’s next strategic agenda 2016-2020 will bring PEF to its mission of creating positive change in the lives of the communities we serve…one scaled up social enterprise at a time.

The General Assembly has also elected a new board member to replace outgoing trustee, Ms. Anna Marie Karaos. Ms. Karaos is the Vice Chairperson of PEF, and heads the Knowledge Management and Communication committee, which spearheaded major activities such as the baselines studies. Ms. Karaos is the Associate Director of John J. Caroll Institute on Church and Social Issues at the Atene De Manila University.

Taking over the position of Ms. Karaos, PEF welcomes back Ms. Carmencita T. Abella to the PEF Board. Ms. Abella first served in the Board from 2007-2013 and was its Vice Chair. Ms. Abella is also the president of the Ramon Magsaysay Award Foundation.

Part of the program was a session on economic and capital market entitled, Global and Philippine Economic and Investment Prospects, presented by Joel Mendoza of BDO Private Bank.

Prior to the General Assembly, a learning event on the Fundamentals of Islamic Financing was conducted with Prof. Moner Bajunaid and Ustadz Esmael Ebrahim, former commissioner of the National Commission on Muslim Filipinos, as the esteemed speakers.