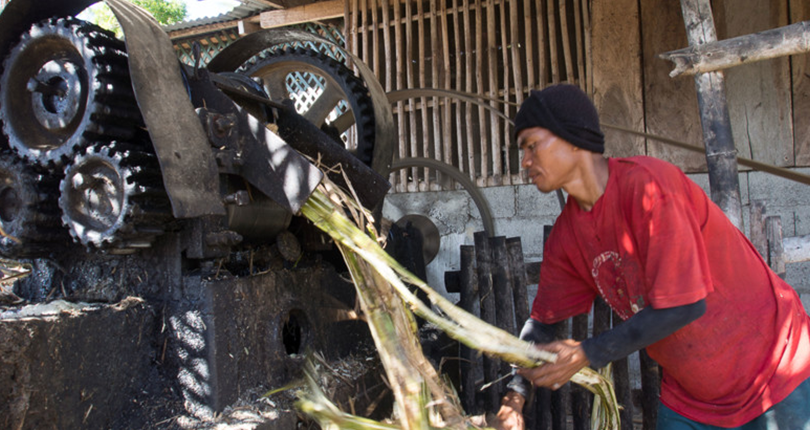 FOR THE last eight years, Jessie Natan, 51, has been producing muscovado sugar in his farmyard in Laua-an town, Antique, the poorest province in western Visayas.

Muscovado—the name could be from the Portuguese açúcar mascavar—is dark brown and slightly coarse. It used to be called the “poor man’s” sugar. Produced directly from sugarcane juice, it’s in high demand locally and abroad as a healthy, organic alternative to white sugar.

Jessie makes his living entirely from muscovado. He figures he made a profit of almost Php300,000 during the last production season. “Maganda ang kita sa muscovado (I earn well in muscovado),” he says with a slight smile. “I finished only high school but my children go to college.” His oldest is a 26-year-old nursing student. The others pursue various college courses.

Jessie employs three people, including a ragged-looking woman who might be in her mid- 50s. He buys his raw sugarcane from farmers in the area. He has limited working capital so he doesn’t pay them in cash. Instead, they get a share of the muscovado. The farmer who supplies him the raw sugarcane gets six sacks, for example. In Antique, muscovado production usually begins in November. This season could last until May, depending on the weather. “I produce 300 to 500 sacks per season,” says Jessie. “A company in Manila buys it at Php55 per kilo and handles the repacking and selling. I pay for transporting to Manila.”

Like many small entrepreneurs who don’t have access to bank financing, Jessie built his muscovado mill with interest-free government loans, which also paid for better equipment later. Recently, he upgraded his mill again, this time by borrowing Php220,000 from Insol Development Foundation.

“I agreed to pay it back in one year at 3% interest per month. Without the loan, I wouldn’t know where to get the money. I used it mainly to construct the flooring.” By keeping his facilities upgraded, Jessie says he can maintain the quality of his muscovado so that it continues to satisfy buyers’ standards.

“Before, my muscovado had too much bilog-bilog (sediment). I could only sell at Php16 per kilo. Lugi ako (I’d lose money).” The buyer used to dictate the price. But now, because of consistently better quality, Jessie can nudge the price higher.

Maintaining quality muscovado always will call for big capital, says Jessie. He yearns for a new sugarcane crusher made in India. “The one I’m using is made in England but it’s at least a 100 years old. Panahon pa ng Espanyol (It’s from the Spanish colonial era).” He can’t afford to be complacent. There are many muscovado producers in Antique. His edge is the quality of his finished product. “My muscovado is clean,” Jessie points out proudly, adding that his sugar matches that produced by Laua-an Multi-Purpose Cooperative, which runs one of the bigger and better muscovado mills in Antique. LIKE Jessie, the Laua-an Multi- Purpose Cooperative (MPC) knows only too well the issue of muscovado quality—or, rather, how difficult it is to maintain it.

The coop operates its own Php6- million muscovado mill in Barangay Casit-an. The coop built it in 2009 with government and private loans. But after operating its new mill for only a month, Laua-an MPC learned with dismay that its muscovado was sub-standard. It found out the hard way: A customer ordered 250 sacks but rejected the entire lot because the sugar had too many impurities. The coop lost money on that order. It has since tightened quality control.

Insol Development Foundation, Inc. received an Php8-million loan from PEF for relending to small entrepreneurs in Luzon and the Visayas.Today, the coop says it provides work during the muscovado season to some 40 workers and buys raw sugarcane from a pool of 480 farmers. In the next five years, the coop hopes eventually to buy sugarcane continuously, at a fair price, from 2,500 farmers. For the coop, the potential in muscovado sales could be as high as Php60 million a year.

It’s a fairly ambitious target. To gear up, Laua-an MPC sought a partnership with Peace and Equity Foundation. PEF approved an Php8- million credit line to finance purchase orders and to improve packaging.

“The credit line means we can service orders quickly,” explains Ernesto Espanola Jr., coop manager. The PEF project can boost their yearly income from muscovado by at least 10%. And—equally important—500 sugar farmers, farm laborers, and wage earners will earn directly from it. It also will increase business for seven Antique cooperatives to be tapped as marketing outlets.

Eventually, Laua-an MPC wants to operate its mill 24/7 during the muscovado season to generate steady income for workers and farmers. Espanola thinks this can dissuade their sugar farm workers from hiring themselves out as lowly paid sacadas (migrant laborers) in the sugar plantations of other provinces like Negros. The coop isn’t quite there yet.

red Espino, 50, called “maestro” because he teaches coop workers how to cook the muscovado, says the young men will do this for the better part of an hour. It’s strenuous work that pays them each Php200 a day. When the muscovado mill isn’t operating, some of them drive tricycles or do farm work. Some are sacadas. Some of them are already married. Some are still teenagers. Espino earns a little better: Php300 for an 8-hour shift.

How much work can coop workers get in the mill? “If there’s an order, the work is continuous,” says Espino. “We work even on Sundays.” Coop manager Espanola tells of a one-time order of 115 tons of muscovado from Alter Trade Corporation, a regular client. The unusually huge order meant several months’ steady income for coop workers. “They bought new rubber shoes, new clothes, new bicycles,” he recalls.

What encourages Laua-an MPC is that “demand for muscovado today won’t stop,” says Espanola. He sets his sights on selling to Asian countries in the next few years. “Our coop can compete,” he declares. “The country will go into open trade with ASEAN in 2015.

We’re preparing for that so we can fight in the regional market. We’re very optimistic.” 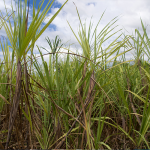 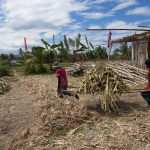 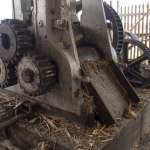 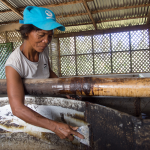 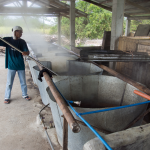 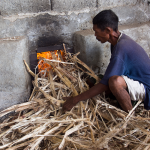 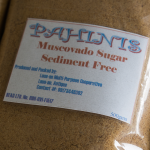 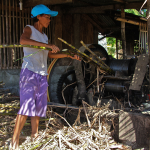 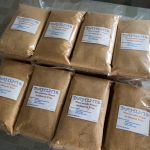 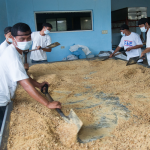 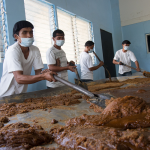 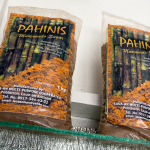