Tapping the Coconut Tree to Green the Lives of Farmers 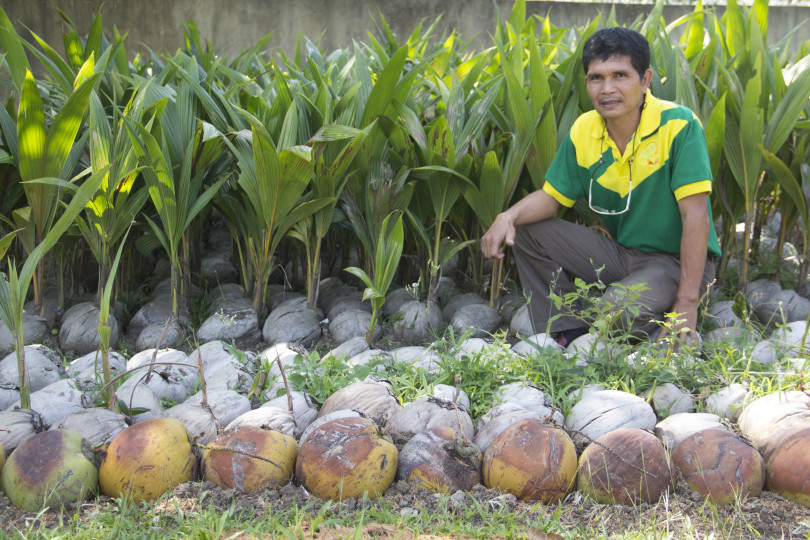 The Philippines is the second biggest coconut producing country in the world. Yet, around 60% of this agricultural industry’s farmers, workers and their families struggle for daily survival.

Francisco Rubio, founder and chief executive officer of Green Life Coco Products, Inc. (GreenLife) in Tayabas, Quezon province, knows this reality pretty well.  The son of a coconut farmer, he was raised in the remote island of Jomalig, Quezon, the only one of six siblings to finish college with a scholarship grant of CocoFed (Philippine Coconut Producers Federation, Inc.).  He graduated with a Bachelor of Science in Agriculture degree and took up master’s units in cooperative management.

GreenLife positions itself as the leading producer of high value quality coconut products that will generate jobs for small-scale farmers and ultimately lead to a flourishing Philippine coconut industry.

Francisco laments that many coconut farmers remain poor because they rely solely on copra, crudely dried coconut meat that is milled and pressed for its vegetable oil, whereas the proverbial “tree of life” can yield a multitude of products, as long as one learns to tap its gifts.   “One can derive almost a thousand products from the coconut tree–from roots to fronds–like oil and handicraft materials that can make it to the export market. The global demand for VCO alone is doubling annually,” said Francisco, citing statistics from the Philippine Coconut Authority (PCA).

As a municipal agriculturist, Francisco was tasked to set up a one-man operations office in his hometown of Jomalig.  In 1992, he with his wife, Emelita, and their growing brood, moved to the commercial hub of Lucena City, and started anew by selling fresh coconuts in a family stall at the city public market. For starting capital, he borrowed from the “5-6” informal moneylender, so called because for every five pesos borrowed one pays back six pesos weekly–a 20% per week interest rate.

His resourceful expertise in coconut products gave him the edge in vending. “I used to sell as many as 500 coconuts a day at Php3 each to come up with an income of Php1, 500.  But I also made an enterprise out of the by-products that were usually thrown away. We looked for buyers of the sapal (leftover ground coconut meat after extracting coconut milk) and the coconut water which can be turned into vinegar. We also made and sold nata de coco (a gelatinous food made from fermented coconut water) as our snack line,” Francisco narrated.

It wasn’t easy, but through hard work and ingenuity, Francisco was able to pay his debts and become profitable. Proof of success came soon after when other vendors started copying his business strategies. Instead of crowding out the competition, he made friends with other producers and established two cooperatives so that small vendors could sell their products in bulk. And rather than harbor trade secrets, he openly shared his know-how and new technology. As someone who grew up in a rural farming community, he knew the ropes of the coconut business and easily connected with fellow farmers, manufacturers and potential buyers.

In 2003, the Rubio couple was first introduced to VCO through a company that was giving seminars on its production.  They joined the group called VCO Philippines and started producing small quantities.  VCO production then was not yet standardized and the market was still in infancy. Francisco read books and articles and realized the increasing global demand for healthy products and decided to invest.

“You have to continually evolve and find new ways to earn. I went into the business for survival because of nine children I had to support. I thought of a way where I could combine my passion [for the coconut] with what I knew about business and the existing network,” said Francisco.

Since setting up Green Life Coco Products in 2009, Francisco has established his own niche among VCO processors, producing only fresh, natural and high-grade products. In 2013, Francisco pioneered the Village VCO Processing system to bring small coconut farmers into the industry value-chain.

In 2014, Peace and Equity Foundation (PEF) stepped in by providing a credit line of Php2 million for GreenLife’s working capital, which covers the costs of running the VCO Village processing operations and pay the farmer-processors promptly. The company is also working on its VCO organic production certification with help of a small grant from PEF.

GreenLife now has a production volume of 20,000 liters of VCO per month.   The company directly employs 40 village VCO workers and 21 factory workers at the main standardization plant. GreenLife also provides indirect employment to about 80 village coconut processors and others involved in farm management support services and product distribution.  The company is now expanding its operations through its Village VCO Processing Units, a network of producers which employ at least 10 individuals per unit, thus creating jobs for the local economy.

Two of Francisco’s nine children are being trained as second-line managers for marketing and distribution in the family-owned company. According to Francisco, his children are more “tech-savvy” when it comes to social media marketing and promotions, and more thorough in dealing with the paperwork required for organic certification. Francisco makes sure to involve them in decision-making and ensures their continuing business education through seminars and workshops.

From a vendor who borrowed capital for his public market stall to the leader of a social enterprise, Francisco Rubio takes pride in seeing GreenLife as investor-ready for PEF and other financial resource partners.

With bigger scale, improved quality standards and organic certification, GreenLife has broken into the export market.  As he moves and sets up more village production units, Francisco regards PEF as a network ally with whom GreenLife shares the mission to grow with the coconut-producing communities.

Francisco believes that having the passion, taking risks and networking are key qualities of a social entrepreneur. “We started with [financially] nothing. It wasn’t easy, but if you have the passion to study the market and excel in the technology, it is possible to succeed. At the end of the day, it is about giving jobs to lowly farmer families and placing them on higher ground.” 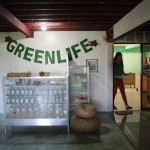 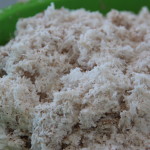 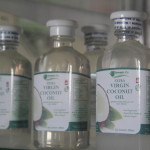 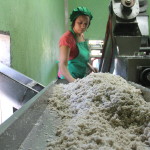 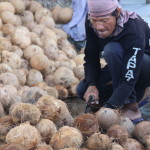 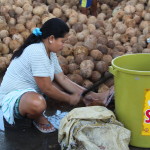 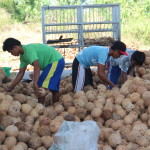 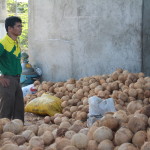