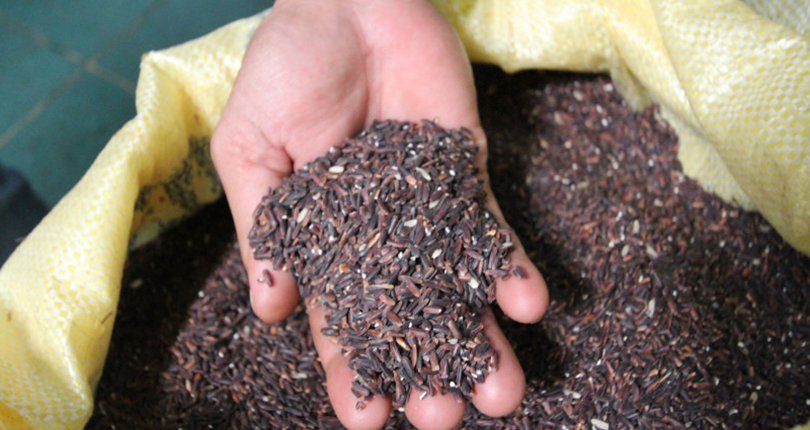 In the Philippines, 30 farmers’ associations were being supported by the Philippine Development Assistance Program (PDAP), an NGO that pioneered in agricultural enterprises for agrarian reform beneficiaries and small farmers in these products, which they called prime commodities.  With technical and financial support, organic production and marketing grew steadily but the farmers were not ready for the real world of market volume, delivery and quality demands.

The huge market potential of the organic food “sunrise” industry lured Cornelio (Jun) Castaneda, a farmer from one of the PDAP-supported associations in Sultan Kudarat.

So in 2010, Jun and eight other farmers’ pitched in Php30,000 each for the initial working capital of Php270,000 of the Global Organic and Wellness Corporation (GlowCorp), as their marketing entity. The group of nine sought the help of Bernie Berondo, then senior program officer of PDAP, who then signed on as GlowCorp General Manager with Jun as President.  Starting the corporation was no easy feat, but the group faced the challenges head-on.  “Since we yet had to establish a track record, it was difficult for us to access start-up loans, so we had to start from scratch,” said Bernie.

Having been a farmer himself, then working on farm-to-market linkages with an NGO made Bernie best fit for the job. He jumpstarted market promotion by introducing the GlowCorp organic products at trade fairs and business seminars, and from there, networked with retail stores and institutional buyers.

Customarily, farmers choose to sell their products wholesale, but Bernie found the need to tap the retail consumer market for which he had to redesign packaging and distribution.  Because of low capital and the absence of operating funds in the first six months, the farmer shareholders delivered their products to GlowCorp for sale on consignment.

Meanwhile, Jun, already an organic grower, began to diversify his crops and showed his fellow farmers that they can hit the niche market and earn more. Jun was able to convince other farmers to switch to organic because of the positive three-to-five-peso per kilo difference in sales price.  Eventually, more farming households signed on and GlowCorp, which initially sold only organic rice, now moved into marketing of muscovado and coconut sugar.

Only in 2013, after two years of pushing its products to the market, did GlowCorp gain income.  “It was then when we realized that we can succeed,” declared Bernie.  It was a steep uphill climb for GlowCorp in its first two years.  From an initial sales volume of Php1.3 million in 2010 and Php8.3 million in 2011, sales surged by 100% to Php17 million in 2012, bolstered by new investments from PDAP and an agreement with the SM Supermarket for product shelf space.

In 2013, the Peace and Equity Foundation (PEF) approved a credit line worth Php6 million, after which the company posted gross sales of Php32 million that year and Php47 million in 2014, when the company posted a monthly supply turnover volume of 140 tons organic rice and 140 tons muscovado sugar.

From 400 farming households supplying organic produce in 2010, GlowCorp now has a network of 2,500 farming households and small-scale producers that supply organic rice (unpolished black, red and brown rice, and polished white rice) from Camarines Sur, Nueva Ecija, North Cotabato and South Cotabato, and muscovado sugar from Abra, Batangas, Antique and Sultan Kudarat. As a company formed by farmers, and their cooperatives and organizations, GlowCorp is now recognized as a social enterprise fully owned and managed by farmers.

The products, under the line and brand name of Prime Organics, can be found in 306 outlets countrywide.  These include the largest food retail store chains of Rustan’s, Shopwise, Metro Gaisano, and SM. GlowCorp began to go overseas, when it directly exported muscovado sugar to South Korea.

For Bernie and Jun, GlowCorp would not have succeeded without the commitment, strong leadership, persistence and sacrifice of all the members of their team – shareholders, directors and staff members. Transparency, teamwork and expertise also defined their roles in production, consolidation and marketing. For them both, venturing into social enterprise has been risky, but the hard work has paid off in the numbers of farmers who have gained improved and reliable incomes.

With its growth trajectory, GlowCorp has applied for a larger credit line of Php15 million plus a Php5 million equity investment in 2015 from PEF, which represents 28% of its financial requirements and will be leveraged by the Php30 million equity of its shareholders.

There are still crucial steps to take.  GlowCorp is completing its organic certification that will bring its products to the meticulous export world markets. The company leaders have honed skills from leadership and entrepreneurial training, staff development–particularly for their second-line managers–and installation of computerized systems for finance and operations.

Jun and Bernie agree on their most valuable lesson in GlowCorp growing years: “We learned from scratch, going step by step along the way.  We waited as we did not expect to see returns at once.  We calculated our risks and made the grade because we believed in our products and in our farmers.”