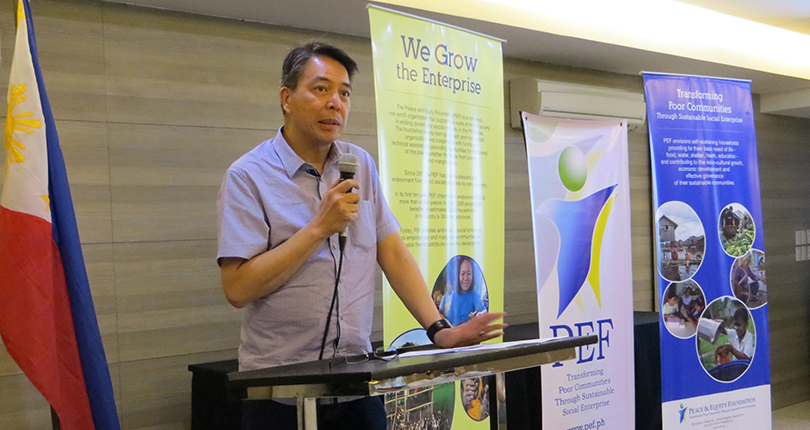 Civil society enables a space, an arena, where people—quite separate from the state and the private sector—organize themselves to create public good. From small associations and cooperatives, to people’s movements and development NGOs, initiatives in civil society could set out to help end poverty and strive for development, to reduce social exclusion and engage people in public life, to ensure people’s rights, and to increase their choice and free them from want.

Yet every initiative in civil society is set apart by the conditions that brought forth such initiative. A collective responds to such conditions characteristically, in terms of the goals that its members pursue, the principles they believe to be of value, and the means they see could work. It is in the conditions out from which the initiative was born, and it is in the characteristics of such an initiative, where we realize the potential of a civil society organization to make meaningful changes for others.

What is a social enterprise?

It is similar to most civil society organizations.

But a social enterprise is also singular among civil society organizations.

While there might be a lot of discussion on what a social enterprise essentially is, allow me, for now, to describe it for you as: an autonomous organization or venture, led by multiple stakeholders and actors, that is driven by a social or environmental mission and uses business approaches, for example delivering goods or services, to create positive changes and address issues in deﬁned communities.

A social enterprise enables the participation of groups who are or are likely socially excluded, and it prioritizes reinvesting its proﬁts and surpluses to sustain its work for its social or environmental goals.

Glowcorp as an example of a social enterprise.

To give you an example, let me share with you brieﬂy about one of the social enterprises that the Peace and Equity Foundation has worked with. In 2010, nine farmers gathered to form the Global Organic and Wellness Corporation or Glowcorp. Their social mission has been to create jobs and increase incomes of target households. And they have intended to do so through farming.

The nine farmers, along with their respective groups, worked with a senior program ofﬁcer from an NGO, the Philippine Development Assistance Program, to help them link their products to retail stores and other strong buyers. While previously the farmers would sell their products wholesale, they approached the retail consumer market, designing both the packaging and distribution of their products. Glowcorp, now consisting of farmers and their cooperatives, produces organic rice, muscovado, and coconut sugar products under the line of Prime Organics.

Here we see how Glowcorp seeks to help farming households earn more sustainably. There were many challenges for Glowcorp in its ﬁrst few years of pushing products to the market. And even up to now it has to overcome challenges such as completing its organic certiﬁcation for export markets, developing the capacities of its second–line managers and making its ﬁnance and operations more efﬁcient, among others.

But you see the potential. From 400 farming households in 2010, Glowcorp now has a network of 2,500 (beneﬁciary) farming households and small–scale producers from several provinces in the country. These include Abra, Nueva Ecija, Batangas, Camarines Sur, Antique, North and South Cotabato, and Sultan Kudarat. Its products reach as many as 306 outlets nationwide and Glowcorp looks to pursue overseas markets as it has so far begun in South Korea.

What enables social enterprises to make a real difference in communities and households, or essentially, in local development?

There is perhaps a more crucial potential in social enterprises beyond what we observe they could do, such as providing sources of income or jobs.

Social enterprises are strongly embedded in the communities, or the social groups and exogenous conditions, that have given rise to them. (Eversole, Barraket, & Luke, 2014, p. 246)

Social enterprises are driven to mobilize latent resources (Amin, 2010, as cited in Eversole, Barraket, & Luke, 2013), leverage on tacit relations, reduce costs and increase efﬁciency and productivity, and innovate to cope with the challenges in meeting of their social mission alongside their business objective.

Social enterprises can thus be more attuned to the capacities and needs of their respective communities not by proximity, but because their mission and organization, as well as activities, processes, and outcomes, are deeply linked to their communities.

How can social enterprises contribute to local development?

Now I shall share with you three streams, or three ways by which social enterprises could fulﬁll their potential to drive local development.

First is through development outcomes for communities.

Social enterprises could provide goods and services that the public welfare system might have gaps in giving, and that for–proﬁt ﬁrms might see as problematic when it comes to proﬁtability. They help services and goods reach groups that may be socially excluded, or with the low ability to pay. Social enterprises can generate local development outcomes such as employment, training and skill development, and service such as rural transport.

Let me give you two examples from overseas.

In North West Tasmania, a large social enterprise, the Devonﬁeld Enterprises, offers training and support for those who experience disadvantage in the labor market, for example people with disabilities (Eversole, Barraket, & Luke, 2014, p. 251). It operates in an array of businesses, from gardening and forestry, hospitality, catering, and administration, among others, providing around 150 jobs within the businesses. Some of its outcomes include education for disadvantaged children, employment–related training, and local businesses. Devonﬁeld considers people from its regional community as its primary beneﬁciaries, but remains open to extending its program to other areas according to the community’s needs. It recognizes that while it supports the community, the community also supports it. (Eversole, Barraket, & Luke, 2014, p. 251).

The Work Integration Social Enterprises in Europe do something similar. They seek to provide lasting occupational as well as social integration of persons, especially those with disabilities, through activities such as trainings (Spear & Bidet, 2004, p. 8, as cited in Kerlin, 2006, p. 254). In 2004 WISEs in France enabled work– integration services from 2,300 registered structures and employed around 220,000 persons (Defourny & Nyssens, 2008, p. 9).

Second is through capacity building and engaging support that might beneﬁt local communities.

Peace and Equity Foundation or PEF has seen through the development of such potential of social enterprises through its Accelerating Capacity of Enterprises or ACE Program.

The ACE Program in 2014 consisted of a four-module course that lasted four months, with the goal “to develop highly capable social enterprises who are partners of PEF, and who will bring their enterprises… to maturity while fulﬁlling with PEF the social mission” of helping transform poor households and their communities. Module by module the participants from enterprises would deﬁne their business models and growth trajectories, and they would learn more about designing business strategies, ﬁnancing, analyzing and managing risks, and managing organizations for enterprising.

Perhaps more importantly, social enterprises have the potential to contribute to governance and development that is inclusive and sustainable. Social enterprises can create demand for sustained poverty reduction and development programs. They can form powerful coalitions that could push for bills, and help ensure that policies meet the needs of their partner communities and groups. And social enterprises, similar with other civil society organizations, can provide policy–makers with useful information—data, for instance—and guidance including practical insights on realizing development on the ground.

In the Philippines, social enterprise leaders and networks established the Poverty Reduction through Social Entrepreneurship Coalition in 2012. The Coalition has pushed for the Magna Carta for Social Enterprises, which would be toward recognizing, supporting, and incentivizing social enterprises who are helping the poor.

Since a few days ago, NGOs’ “fostering [of] local enterprise development and social entrepreneurship” has been recognized more concretely, following President Aquino’s signing of the Microﬁnance NGOs Act (Soria, 2015). The law enables qualiﬁed NGOs to engage in microﬁnance operations for availing government incentives. This could be a meaningful step to strengthening social enterprises, too.

These are some of the best potentials of social enterprises to drive local development. I hope that these insights will bring us closer to understanding the respective initiatives in civil society where we work and have engaged ourselves, and see how such understanding might lead us to the many potentials of our sector to realize development.

Social enterprises, perhaps as much as any other civil society organization, offer a distinct strength that central development actions, programs, or decision–makers have limits in offering. Social enterprises and other CSOs fulﬁll a crucial role in responding to a kind of development that might be disembodied—one where social welfare is reduced because other sectors cannot provide them, or one where central or national development programs fail to reach local places and speciﬁc groups. As the OEDC notes, “social enterprises, and if I may add, other CSOs represent a more rooted and permanent source of development…” (Noya, 2009, p.198).

Kerlin, J. A. (2006, September). Social enterprises in the United States and Europe: Understanding and learning from the differences. Voluntas, 17, 247–263. 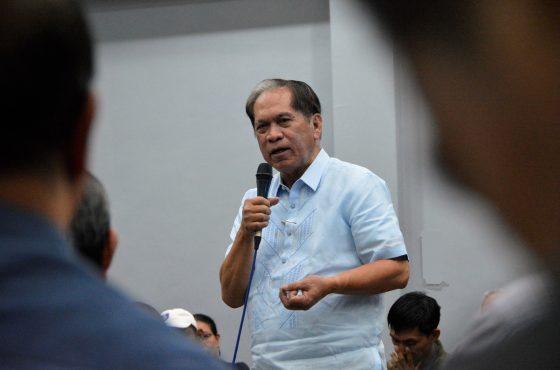 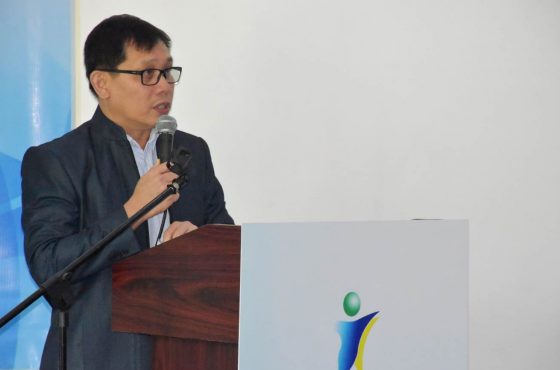 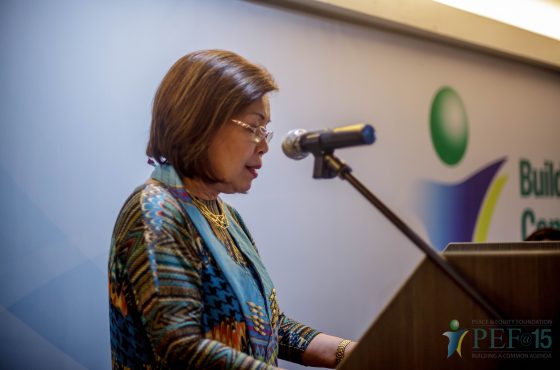